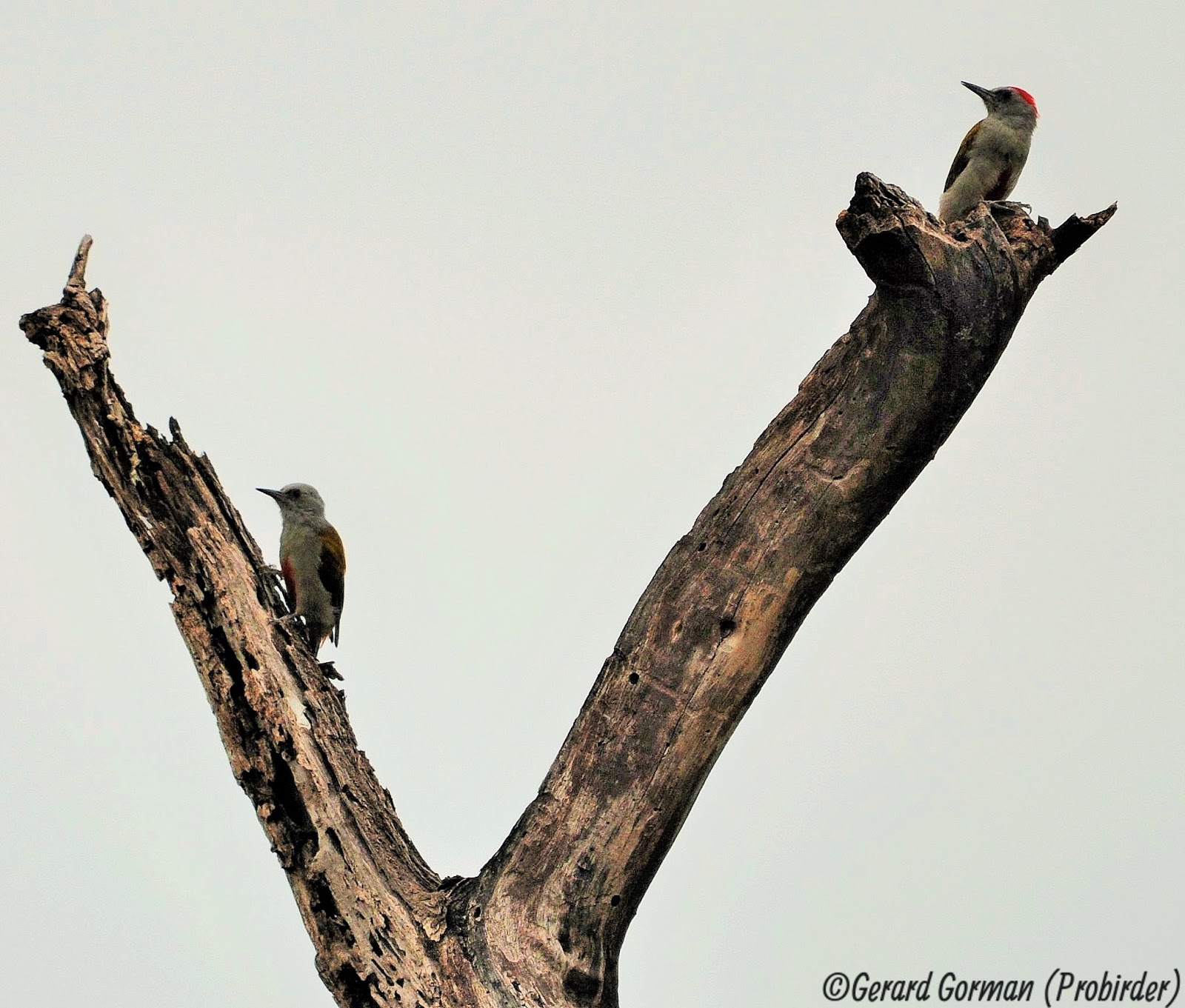 Here is a pair of Eastern Grey Woodpeckers (Dendropicus spodocephalus) which I photographed at the SW edge of the Ngoronoro Crater, Northern Tanzania in February 2014. This taxon is also sometimes called Grey-headed Woodpecker, which can create confusion as that English name is also used for the Eurasian species Picus canus (this is also sometimes called Grey-faced Woodpecker). Further more, Dendropicus spodocephalus can also be found under a third name, Mountain Grey Woodpecker. In addition, Eastern Grey is sometimes placed in another genus, Mesopicos, rather than Dendropicus, and it is also sometimes treated as conspecific (lumped) with African Grey Woodpecker Dendropicus goertae or Mesopicos goertae if you prefer (which is also known as Grey Woodpecker). Confused yet ? Clearly, the current situation, where different taxonomic lists and field-guides use different English names (sometimes even scientific names) is far from ideal. Unfortunately, standardisation in the use of names for woodpeckers (and many other groups if birds) does not seem to be on the horizon.