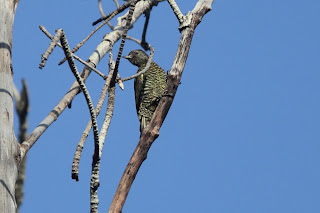 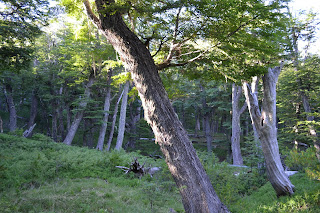 The mature forests of southern beech (Nothofagus species) in Patagonia, southern Argentina are a key forest habitat of the southern hemisphere. Two woodpecker species are found here, Magellanic Woodpecker Campephilus magellanicus and Striped Woodpecker Veniliornis lignarius. Indeed most of their range is restricted to such forests, particularly stands of Lenga Nothofagus pumilio.
Posted by Gerard Gorman at 10:49 No comments: 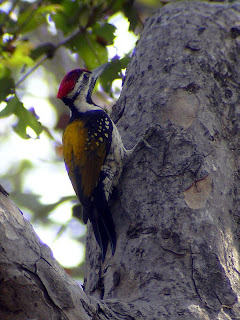 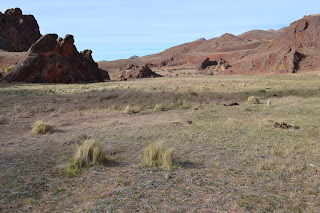 The Pre-Puna of Argentina and Bolivia is a scrub and shrub dotted grassland and desert belt which lies between the higher, barren Puna proper and the forested zone lower down. This treeless landscape, often with gorges and rocky slopes, may seem to be an unlikely habitat for woodpeckers and indeed just one picid species, the highly terrestrial Andean Flicker Colaptes rupicola, has established itself in this niche. This photo of a typical Pre-Puna landscape is from the Parque Nacional Los Cardones in NW Argentina.
Posted by Gerard Gorman at 19:54 No comments: