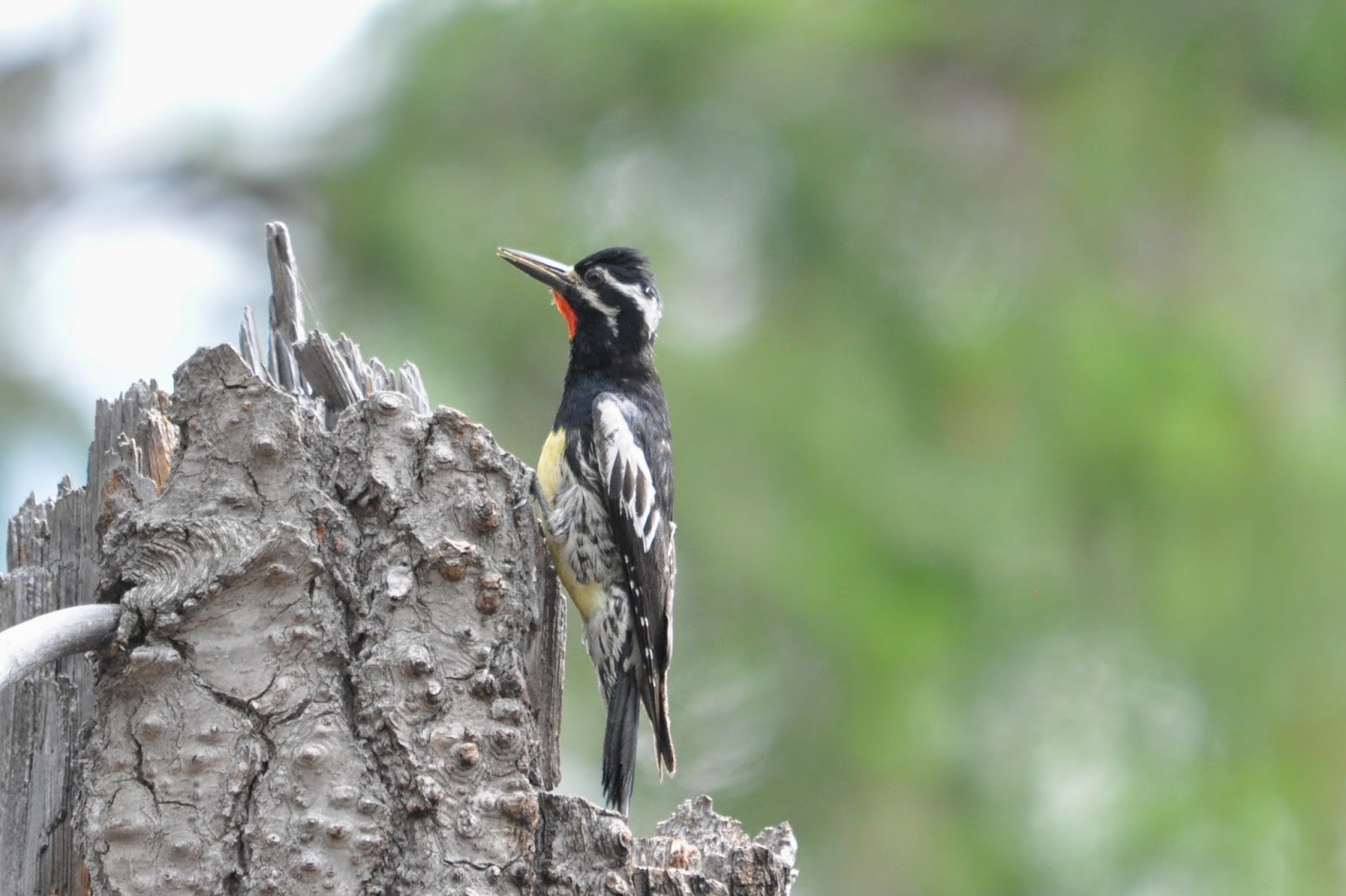 Most woodpeckers are sexually dimorphic in appearance. That is, males and females have different plumage. However such differences are often slight, usually involving more colour on the head or face of the male. In a few cases, such as Williamson's Sapsucker Sphyrapicus thyroideus, sexual dimorphism is extreme, with the sexes appearing very different - males colourful, females plain. Photo of an adult male Williamson's Sapsucker taken in Oregon, USA, in July 2014 by Gerard Gorman.
Posted by Gerard Gorman at 17:19